Our linear explosives – an explosive powder/material loaded into a tube that’s formed into long lengths – are manufactured in multiple sheaths including lead, tin, copper, silver and aluminum. We possess the ability to load high explosives (such as HNS, PBXN-5, HMX, and PETN) and deflagration materials (rapid deflagration material, time delay mixes, auto-ignition powders and more) to support a variety of linear parts and assemblies.

PacSci EMC’s linear products are available for a number of aerospace, defense and commercial solutions. Some of those include but not limited to: Shielded Mild Detonating Cord is an explosive transfer line providing a communications link within an explosive system while containing any bi-products within its sheathing material. When it comes to shielded mild detonating cord, you don’t just need rapid products to initiate charges simultaneously, you want to protect the surrounding areas from any bi-products produced during the explosive train.

RDC’s are designed in a number of different configurations. The outer construction can be enhanced using braided fiberglass, Kevlar and polyurethane for maximum confinement in a flex application to an aluminum or stainless steel tube for form-able, but semi-fixed, routing conditions. Rapid Deflagrating Cord (RDC) transfer line is a linearized metal sheathed propagation cord that uses a high temperature thermally stable energetic material to provide energy to provide signal transmission, heat / ballistic pressure for ignition and / or actuation. The energetic material has an extremely high deflagration (burn rate) that does not transition to a detonation. Additional protection to the outer metal sheath can be incorporated with the use of plastic extrusions or braided textiles / stainless steel wire.

Based on this metal sheath rupture, RDC is currently used for ignition of various propellant applications (pyrogens, rocket motors and automotive passenger side inflators). The coreload (energetic weight per linear foot) can range from 2 grain/ft (transmission and small initiation) to 20 grain/ft or higher (propellant ignition and other forms of work energy release). PacSci EMC can provide end terminations for more defined interconnections (see the RDCTL product page for more information). Multiple Port Connectors and Manifolds are used to direct explosive signals from one or more input ETLs and route the signal to one or more output ETLs for sequencing CFS / TRS.

Our connectors and manifolds are qualified in several Emergency Escape Systems including the AV-8B, T-45, T-6, F-15, F/A-18, F-111, JAS-39, AH-1, and AH-64 programs. The tightly dimensioned and machined ports of the manifolds control explosive transfer signals from one ETL to another. Along with controlling tip orientations, the manifold ports are dimensioned to accept different sized threaded fittings assisting with proper assembly and installation of the system. The different size threaded fittings on the ETLs and corresponding manifold ports provide an additional level of proper installation assurance.

The manifold provides “Fail Safe Installation” ensuring high reliability in the explosive signal transfers. The manifolds withstand the mechanical stresses of the detonating and deflagrating transfer and contain the by-products of combustion after the system is functioned at temperature. All the inert manifolds are machined from aluminum alloy 6061-T6/T651 stock, chemical coated in accordance with Military Specifications, and anodized to the desired color and finish for additional protection. Linear Shaped Charge (LSC) is used to cut various types of metal in separation systems, from launch vehicles to missiles, in space, military and underwater applications.  Linear Shaped Charge is a continuous explosive core enclosed in a seamless metal sheath, formed into an appropriate shape to sever the target.

Normally the shapes are either a chevron or inverted “V” shape or similar to the profile of a ‘house’.  The type of metal determines the flexibility of the charge. Chevrons for Flexible Linear Shaped Charge (FLSC) are easier to form intricate patterns for a Canopy Fracturing System (CFS).  The house shape is for more ridged designs especially for Flight Termination or Separation Systems by LSC assemblies. These shapes provide what is known as the “Munroe” effect when the linear shaped charge is detonated. The Munroe Effect is the reinforcement of shock waves in a hollow charge, concentrating the effect of the explosion along the axis of the charge. In this case, the Munroe Effect is enhanced by carefully controlling the charge dimensions and configuration for each application.

The metal sheath liner is most commonly formed using copper, aluminum, lead or silver. Generally, most large core loads utilize copper however for structural integrity Aluminum is recommended. When it comes to flexibility and with small core loads a lead liner is recommended. Silver is primarily used with thermally resistant explosive core loads.  As for the powders most commonly used, there is RDX, HMX, PETN and HNS. 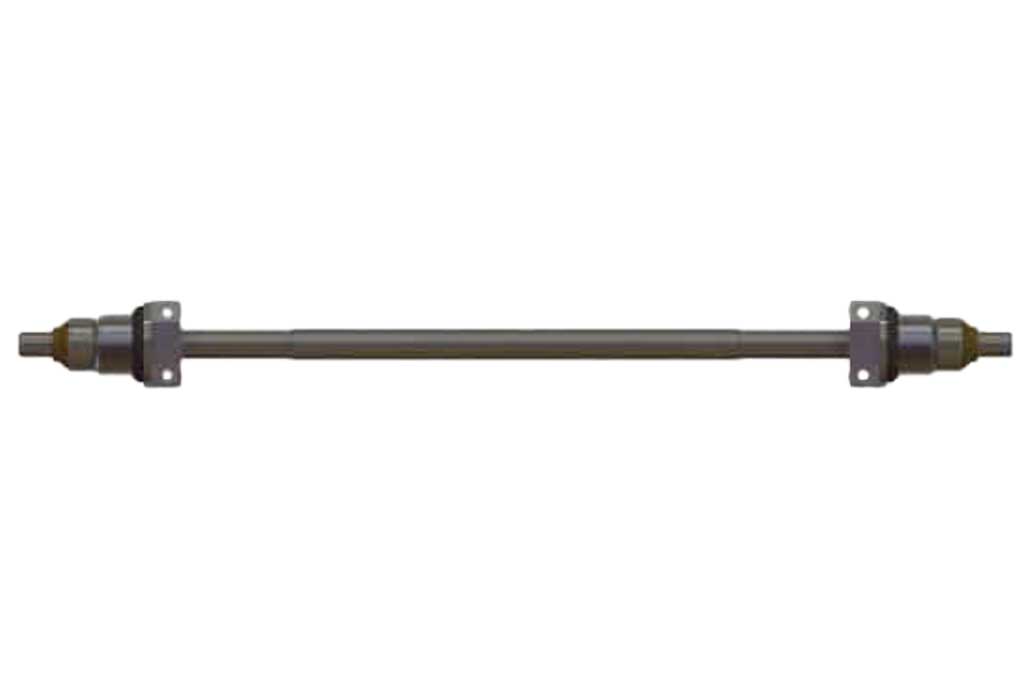 The High Pressure Shielded Mild Detonating Cord (HP-SMDC) assemblies are explosive transfer lines, consisting of a metal sheathed explosive core contained in a stainless steel tube. These assemblies, specifically designed for use in the oil and gas industry, are rated to withstand an external high well bore pressure of 30,000 PSI. The Mild Detonating Cord (MDC) explosive used in the SMDC assemblies is a high-temperature explosive which allows the MDC to withstand temperatures up to 500°F for 50 hours without degrading the effect of the detonation characteristics. PacSci EMC has manufactured millions of feet of linear explosive products over decades of continuous production. We manufacture Mild Detonating Cord sheathed in a variety of materials for major oil and gas service providers. Our MDC is typically drawn or extruded into a round configuration. It can be rolled into an elliptical or flat ribbon shape, supporting complex needs. Our detonating cords can be further sheathed in metal tubes making it possible for the MDC to operate in temperatures of up to 500°F for 50 hours. 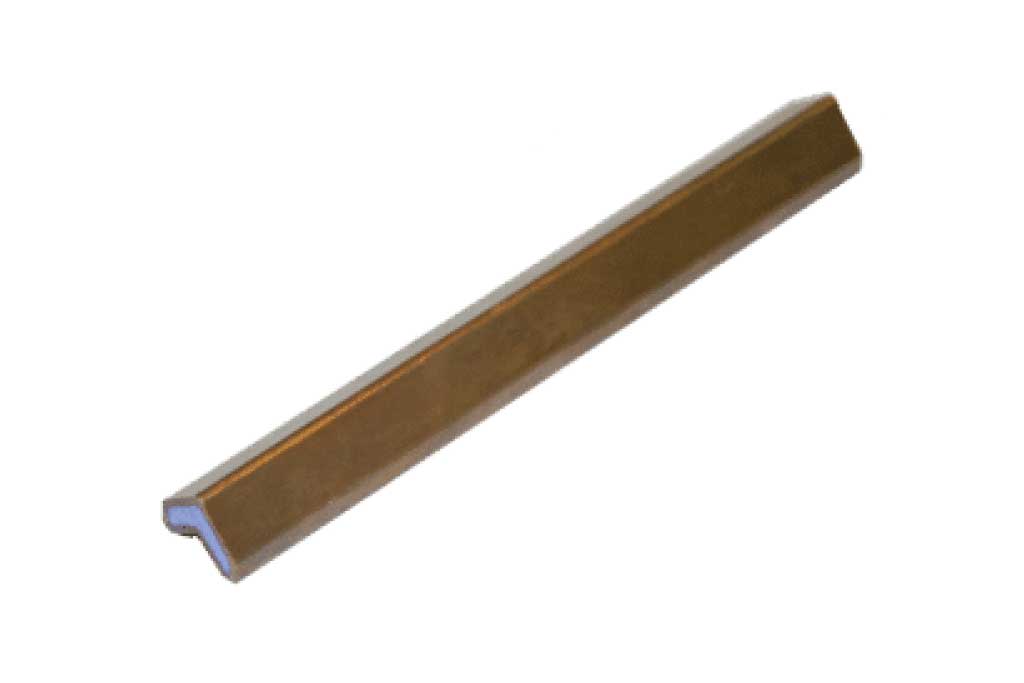 A Flexible Linear Shaped Charge (FLSC) or Linear Shaped Charge (LSC) is a continuous core enclosed in a seamless metal sheath. Charges are shaped in the form of an inverted “V” allowing the continuous metal sheath liner and encased explosive to produce a uniform linear cutting action upon detonation. This application of the Munroe Effect is enhanced by careful control of charge dimension and configuration as well as sheath thickness and uniformity. Metal clad linear shaped charges may be encased in copper, lead, aluminum, tin or silver and can sever steel, aluminum and other metals, structural sections, wood, composite materials, and glass. When a reliable and fast cut is required, our FLSC is used to sever a multitude of materials.

FLSC is typically processed to core-load tolerances of plus or minus 20 percent. Detonation velocities range from 6,000 to over 8,000 meters/second depending on the explosive and metal-clad material selected. We have manufactured millions of feet for linear explosive products over decades of continuous production. Our FCDC designs are in aircraft escape, flight/thrust termination, event sequencing, deployment and severance systems. Additionally, our experience with the interface designs provides our customers with the proper gaps, standoffs, port dimensions of manifolds and other attaching devices.

When safety and accuracy are mission critical, our Flexible Confined Detonating Cord Assembly (FCDCA) provides a robust, high-strength, flexible answer for the demanding environments in tactical, strategic and space missions.

ALLFIRE
Sign up to receive ALLFIRE and stay in the know about energetic solutions.
By submitting your information, you agree to receive marketing notifications from us. You may opt out at any time.